This is the third edition of Gismoe in 2014.

Gizmoe will also be posted on www.seniornet.co.nz from 22nd July.

For the past several months our partner, Vodafone has been running a competition as part of the Scan and Save promotion – Scan your phone bill send it to Vodafone for them to help you save on your overall telecommunications bill. All those who participated automatically went in the draw to win a Samsung Galaxy Ace 3 Smartphone. The winner is Ian Packwood from Auckland. Ian will be presented with his prize later in the month at the Sylvia Park Vodafone store.

In addition Vodafone decided to make another draw, this time from SeniorNet members who recently became a customer of Vodafone. The winner of that draw was Alex Stewart from Dargaville. The Samsung Galaxy Ace 3 Smartphone is on its way to you Alex. Our thanks to Vodafone for being such a generous supporter of SeniorNet.

END_OF_DOCUMENT_TOKEN_TO_BE_REPLACED 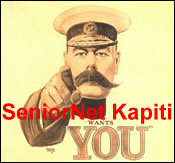