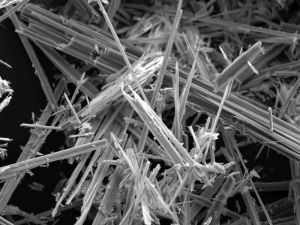 Asbestos
A terrible building material that, back in our day, no one told us about the dangers to our health. I can remember handling this material on many occasions and I guess many of you did the same – some of you probably at the time not knowing, like me, of its dangers.

Yes, The Learning Centre’s roof and gutters were made of this appalling material and while it was safe so long as it remained undisturbed, it’s always been one of those things in the back of the Committee’s mind.

A big shout out to the Kapiti Coast District Council for undertaking the removal of the asbestos from the building which we lease from them. Not an easy feat with not only the dangers to health but all the safety regulations that had to be met.

Mid-2017 we were advised that the roof and gutters would be replaced and we were able to negotiate with KCDC to have the work completed during the Christmas Break while no classes were being held at The Learning Centre. Work started the day of our Christmas Function!

First a high fence had to be erected around the building then scaffolding had to be put up – yes a few days have gone already (in our day we would have had it done in a day!). The inside ceiling had to be sealed so that no dust would penetrate during removal of the roof. Then came the removal crew dressed in fully protective clothing, hard hats, gloves…..the lot. Work proceeded very carefully with each sheet and piece of guttering removed, put on the ground and wrapped up so as not to transmit any dust. Not over yet, all the old batts in the ceiling space then had to be replaced as well because dust from the roofing sheets may have got into them. New batts were installed and a new long run iron roof fitted. New plastic guttering was installed and a little bit of repair work was carried out on the building front. 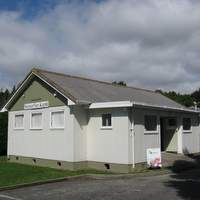 During this time special monitoring meters were inside the building and were checked by a third party before anyone was allowed to re-enter the building.

Once again thanks to the KCDC for a job well done. As a bonus, we have a lovely shiny new roof and brand new ceiling insulation. Let’s hope it helps keep us warmer this coming winter!