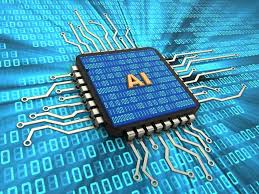 We have talked quite a bit about Artificial Intelligence as well as technology in a broader sense [AI under the loup] and the inventions of the personal computer, the tablet and smartphone has certainly shaped our lives, and yes, Kapiti SeniorNet wouldn’t be around today to assist you without them.

When the economic revolution in the century from 1870 to 1970 took place, the speed of innovation was quite breath-taking, but since then has not in fact had the same pace or been as deep or wide. This in spite of the impact of our computing devices on our daily life and work.

whether internet access or WiFi was available where he was going and the need for a new sim card for the smartphone, new problems that go along with these innovations to make our lives easier, and obviously presenting problems we didn’t have to worry about in the past.

But looking at some of the world-changing inventions like e.g. Paper, invented around the year 25-220 BC in China, which by the way did not come to Europe until about 1500 years later in the 11th century, and it wasn’t till wood based paper came into being in the 19th century that it became an economic reality and Europe’s earliest heavy industry.

It isn’t just printing we use paper for, think of the all the other things like filter paper, teabags, kitchen towels, toilet paper, tissues, wrapping paper, sandpaper, greaseproof paper etc. etc.  Then there are cartons, milk cartons, cereal boxes and on it goes.

Another invention that reshaped our past was the invention of barbed wire patented in 1874 by the American Joseph Glidden who set up a factory and 6 years later produced enough wire annually to circle the world 10 times. The saving in wooden fencing for farmers was significant yet it was a simple enough invention.

Now that I read that Elon Musk of Tesla and Solar fame (eCars) is to install an electric battery storage facility in South Australia to help contain the cost of energy when the draw from the conventional energy producing facilities cannot cope, we finally have a cheap way of utilizing excess solar and wind

produced energy, the lithium-ion battery. We can assume that in the next 3 to 5 years that this storage medium will become commonplace, especially with the advent of electric cars where a large battery can be installed in every garage to store what your own solar system has produced during the day.

Changing lives? Certainly. I still remember the term “Seagull” and “Wharfie” for the guys working the ships in our ports. Container shipping changed all that. The idea was simple enough but it was the way it changed the system around the box: the design of the ports, the ships, the trucks and infrastructure that was the real achievement.

So some of the technologies have been revolutionary, the way they transcended from the simple pragmatism of paper or barbed wire to produce effects that may have seemed miraculous to earlier generations, and among those I think that describes electricity aptly, something barely understood in the early 1800s, yet harnessed and commodified by the end of that century. 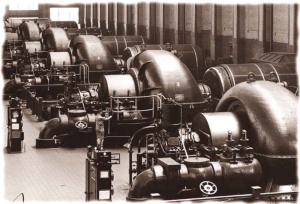 Then the light bulb of Edison and Swann by the 1870s was followed in 1881 by electricity generating stations in New York and London, and the first electric motors were in use the following year. Yet by the change of the century less than 5% of mechanical drive power was produced by electric motors. 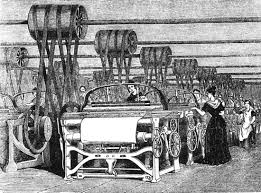 Industry was steam based, steam-powered factories with all their shafts, belts and towers meant that an electric motor merely replaced one huge machine with another large machine. It wasn’t till the factories themselves were reconfigured with individual motors, and workers made responsible for their own machines, which meant more training and better pay, that the change really happened.

The similarity with the container shipping revolution is clear. And Computers also started to be sold and installed, but little benefit accrued unless and until those companies also reorganized with decentralizing, outsourcing and customizing their products.

In 1991 Tim Berners-Lee posted his code for World Wide Web on the internet for others to use. It was cheap and unassuming technology, but it unlocked Pandora’s box.

Our technology revolution offers much and promises more, and whether it is the new AI or some much simpler and cheaper technology we need to keep an eye on, we can rest assured that if any revolutionary invention come to pass then the transformation results in huge changes to almost everything, and we too will adapt to accommodate it.