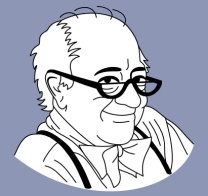 The call: ‘Make the world great again’ is hardly new and has been the rallying call by any number of prophets in the past because they understood our need for some mythic comfort in the face of unjust reality.

It is perhaps a bit of a paradox that humanity with a mix of pride and self-loathing tells the same story repeatedly, the story of a fallen present and a promise of a return to paradise lost, all the way from Hesiod [ca.700BC], Confucius’s Zhou dynasty, the Hindu Satya Yuga to the Garden of Eden, when we were God’s children, noble savages, or just were still respecting elders and all were happy and healthy, i.e. the good old days. 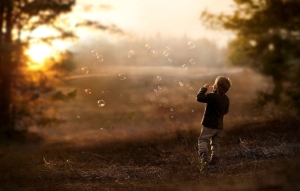 Yearning for nostalgia for a bit of sentimental relief is ok for as long as we recognize the difference between wistful memories of the childhood sunny days at Grandma and Grandad’s place and a convenient belief in a state of cultural perfection, and the reality that back then – whenever that was – the people were likewise pining for a golden past with no pain, no suffering, when everyone were happy and contented.

That of course tend to spoil the story of the golden age myths held by the ancient Chinese, ancient Greeks, ancient Egyptians, Americans when America was great and even among the South American Bororo people who tells of the time when diseases were unknown and human beings did not know sufferings.

So everything was just wonderful and it is fairly safe to assume that the first such story was told by immortal cavemen of the biggest mammoths cooked over large self-fuelling fires.

Putting on our rose-tinted glasses the cracks tend to disappear when we look back, and the present appears rather dismal by comparison. Take the weather as an example, we are not very good at remembering what the weather was like, except of course the endless sunny summers, and the wonderful climates when we didn’t need air-conditioning or fires and had no need of technological progress. 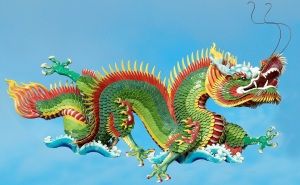 In around year 300AC a Chinese text gave a more realistic portrayal of primitive man:  ‘In ancient times people ate vegetation and drank from streams; they picked fruit from trees and ate the flesh of shellfish and insects. In those times there was much illness and suffering, as well as injury from poisons.’

Is Nostalgia then harmless?
When used for political purposes such as a foundation for a political movement like ‘Golden Dawn’ in Greece, or ISIS which offer a distorted Islamic golden age, then it can wreak havoc, and we are now faced with another global golden age rhetoric in America and Europe.

But Nostalgia also has its beneficial side because it helps us

to cope, as the psychological community has proven in study after study and with near universal consensus. So if Nostalgia is as helpful as it appears to be what’s the harm?  Only that we need to use our wits to see things for what they are, myths of lost paradise and fairy tales usually follow the narrative model of order/disorder/order [happy ending], so follow a few simple rules, slay a few ogres, all will be well, just like it was before the ogres came.

The good old days are a powerful comfort, especially when the changes wrought by technology and globalization threaten our core identity. We have all had to grow up again and learn how to live in a new kind of world full of uncertainties, but one day not that far away we’ll look back on today and create yet another golden myth about how good this time was.

Makes you almost sentimental and you may remember a song from 1986 by the Judds:

‘Grandpa
Tell me ‘bout the good old days
Sometimes it feels like
This world’s gone crazy
Grandpa, take me back to yesterday,
Where the line between right and wrong didn’t seem so hazy. 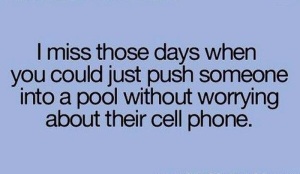