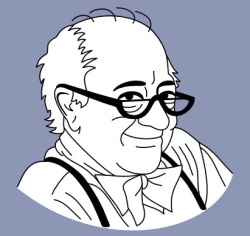 Everyone – including you, dear Reader –  will have read or heard of the problem with the diesel engines used by Volkswagen.

Their use of software to hide the true emission of pollutants from their engines is really breathtaking in audacity to provide testers with fraudulent results, and then use the falsified figures to claim compliance with the lawful requirements in the US and of course in Europa too.

The boss of VW, Martin Winterkorn, got fired and as a parting gift Mr Winterkorn received

3 development managers have now also been fired, that is one from Audi, one from Porsche and one from VW, all from the layer just below board level, yet the Board claims no knowledge of what was going on.

Diesel engines have always been known to produce some pretty unpleasant particles in their exhaust gas, at least since testing of exhaust gasses became the norm.

Rudolf Diesel showed his first diesel engine back in 1893 and the high compression prototype was unveiled in 1897. I am only mentioning this here because since then developments and refinements by clever engineers for over 100 years might make you think that all was known about the combustion by now.

The distance between test results and reality have grown and grown and so it was not until the American environment organization ICCT [International Council on Clean Transportation] let the cat out of the bag and the scandal unfolded.

Six different brands of cars were tested and as an average the tested cars produced 7 times more NOx [Nitrogen Oxide] than permitted by the Euro 6 Standard.

Since all car manufacturers have to meet the same standards one may be forgiven for thinking that VW is not alone. Nor is the testing of petrol engines free from manipulation by software and chips made to change motor responses in certain circumstances, such as testing mode, so the engines behaved impeccably whilst under test. That has been known for over 20 years, ever since catalysators became fitted to reduce pollutants, (and possibly longer since VW as far back as in 1974 was fined by the US environment authorities for manipulating an environment test) so it seems to me to be incredibly hypocritical for any manufacturer in Europe or the USA to now claim innocence.

I note that speculation about BMW may have also been raised as the German magazine ‘Auto Bild’ writes that a diesel engine from BMW produced 11 times the permitted emission, so the malaise is spreading. 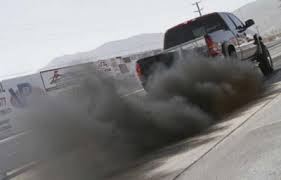 It is not easy to be ‘Green’ with a diesel engine and it may be a good thing that electric cars are developing fast. These should provide zero road pollution and bring about a healthier environment.

What can you do? Stay in and read all the good stuff on Kapiti SeniorNet’s website, guaranteed non-polluting.