Among seniors we do occasionally find the odd wrinkle, the laughter lines, the crow’s feet, and now even the very young are showing their ‘techneck’ lines. What, you ask, is a techneck? It is the lines around the neck and chin caused by the compulsion of looking down at their smartphones, tablets or other handheld devices every day. 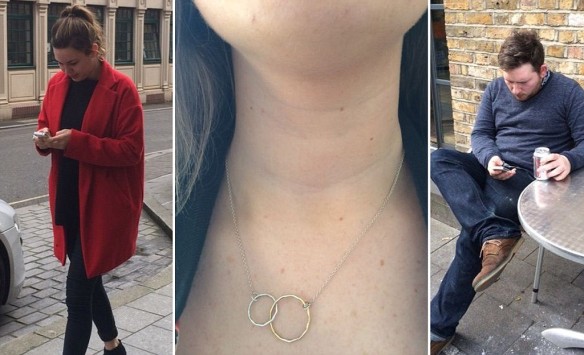 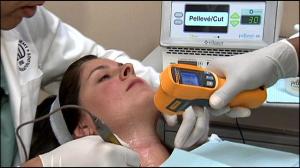 Of course, if the device doesn’t work you can add ‘worry wrinkles’ to the list, but it is becoming a genuine complaint following a surge of neck-related complaints in the UK requiring treatment.  There are even offers of surgical facelift – or should that be necklift – treatment to combat the techneck lines.

All this looking down to the screen may have just added a new ageing problem, that is apart from ruining looks, sex lives, sleep and back problems all of which are ascribed to the looking down even lying in bed. So you have been warned, take a break from reading your emails on the tablet or the eBook or the Kindle or the smartphone.

Talking about phones for a moment there are already more phones on Earth than there are people. Less than about 1/3rd are smartphones because the growth of cell phones is strongest in the developing world where fixed phone lines are unavailable.  It may also mean that the number of socalled dumbphones [i.e. the ones you and I are using] will increase thus reducing the percentage of smartphones in use.

In the next couple of years the number of internet users will pass the 4 billion mark, much of it from mobile devices, that’s an enormous change and nearly doubles the current number. It is hard to imagine just what that kind of connectivity may mean for us, but be assured that in the wake of such change the impact will have massive social and economic consequences for both how business is conducted and how we all communicate, educate and innovate.

Then there are the tablets, the iPads and the Androids. Apparently most women prefer an iPad whereas men go for Androids and size wise the 10 to 11” gets the nod. If you already own an Android then 23% wants an iPad, and if you own an iPad then 21.7% wants an Android. Work that one out. It is a fact though that more women than men own a tablet computer, may be it has something to do with touchscreens.

Originally it was well to do people buying tablets, but that has changed, though those buying the latest models give their old model to members of their household or sell on TradeMe. In the UK some 22% of adults own a tablet and 19% of non-owners are serious about buying one.  If prices fall then expect even more women to get one, partly that may be occasioned by the emphasis of advertiser like Galaxy targeting women.

Tablets do have a lot of appeal because of their ease of use and utility and we see an increasing number of female members owning and using them, probably evening out the score between men and women owners. 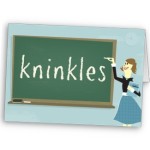 Whether you decide to stay with your cell phone or the tablet do be careful looking down all day, you could spot the ‘kninkles’, that’s the knee wrinkles by the way.